About the author and illustrator 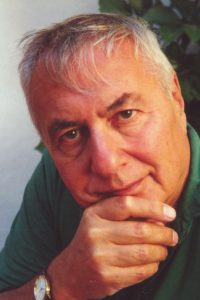 STANLEY HOCHMAN (1924-2014) is the translator of numerous books from the French, including Adieu Volodya by Simon Signoret and Poil de Carotte by Jules Renard. With his wife, Eleanor, he is the co-translator of Emile Zola’s Germinal and the co-editor of Kettridge’s English/French French/English Dictionary and The Penguin Dictionary of Contemporary American History. He is also the editor of the five-volume McGraw-Hill Encyclopedia of World Drama and of A Library of Film Criticism.

YOSHI was born in Okinawa, Japan, but is now a quintessential resident of Seinfeld Country in New York’s Upper West Side.

Order Foul and Familiar: A Dictionary of Very Improper French

Above are affiliate links, which do not change your price but earn a commission for the site owner.

You can find out more about which cookies we are using or switch them off in settings.

This website uses cookies so that we can provide you with the best user experience possible. Cookie information is stored in your browser and performs functions such as recognising you when you return to our website and helping our team to understand which sections of the website you find most interesting and useful.

Strictly Necessary Cookie should be enabled at all times so that we can save your preferences for cookie settings.

If you disable this cookie, we will not be able to save your preferences. This means that every time you visit this website you will need to enable or disable cookies again.